This trip, above all, is a climbing trip.

And to make the most of any climbing trip, a climber would normally train for weeks or months - sometimes even deliberately lose weight - in order to be in peak condition to maximise their limited time on real rock.

In an ideal world this is what Anton and I would have done, but with so much life admin to plough through before 30 July, it proved impossible to train regularly and plan for the trip while also working full time.

In my case, there was also a physical reason for the serious lapse in training.

In February, I decided to get surgery on two major body parts, within just two weeks of one another.

First up on 10 February was a bilateral Scarf-Akin osteotomy to fix the bunions passed down to me from my paternal grandmother, which were now getting rather severe and extremely painful. "Those are some big-ass bunions," was the technical assessment made by the surgeon at my initial consultation. Erm, thanks doc.

Fourteen days later was bilateral IntraLASIK (i.e. laser eye surgery) to correct the terrible myopia I'd had since childhood. Truth be told, I wasn't so keen on this procedure until it dawned on me that the alternative was to carry a year's supply of contact lenses with us in the van. Scalpel, please.

By all standards, both surgeries were successful, but there was always a niggling fear and doubt in my mind about how the foot op would affect my climbing, especially as the recovery time is much, much longer than for LASIK.

The surgeon was, as a surgeon would be, very optimistic about my return to climbing. "Ten to twelve weeks," he said, and I believed him. This was, after all, the best foot surgeon in the UK, who counted among his patients one of the world's top marathon runners as well as a Strictly Come Dancing star. But he had never operated on a climber before.

I won't go into the details of the recovery except to say that it was long, painful, and frustrating. There were moments when I questioned whether I had made the right decision and whether the entire palaver was worth it.

At 10 weeks, I had only just begun wearing my own trainers again (at 7.5UK - they were one and half sizes bigger than my usual shoes), so the thought of squeezing into my size 5UK/38EUR Scarpa Vapour Vs made my feet swell in horror and resentment.

In reality, I didn't even attempt to climb again until almost four months, and even then it was with some major adjustments. For one, I had to change my footwear as I still couldn't fit into my existing climbing shoes. Luckily Anton had a pair of old broken-in La Sportiva Katanas, size 8.5UK/42.5EUR, which I could ease into. I wore these with a pair of fluffy gym socks to protect the scars, which were still very sensitive. Secondly, I had to (temporarily) change my style of climbing. This meant only using the middle or outside of my foot on footholds to avoid - at all costs - putting pressure on the big toes. And finally, I had to drop my grade right back down to F5 and include a 15-minute rest between each climb. And even with all these tweaks, I could still only manage three or four routes before I had to call it a day.

Last Sunday, at 25.5 weeks, or just over six months, after my foot surgery, I made my comeback to climbing.

As I slipped on my box-fresh La Sportiva Katanas (the new green/blue colourway), size 6UK/39EUR, my feet did not rebel. In fact, they felt just like my old feet used to in a new pair of climbing shoes: snug with slightly scrunched toes but not in pain.

So I pushed up my sleeves, chalked up my hands, and positioned myself under 'Manteli' 5b on Boulder 11. It was an easy overhanging problem on a low piece of rock - the perfect choice to test out my new feet. I grabbed first two handholds, dug my toes into a low edge, and, just like magic, I was climbing again. 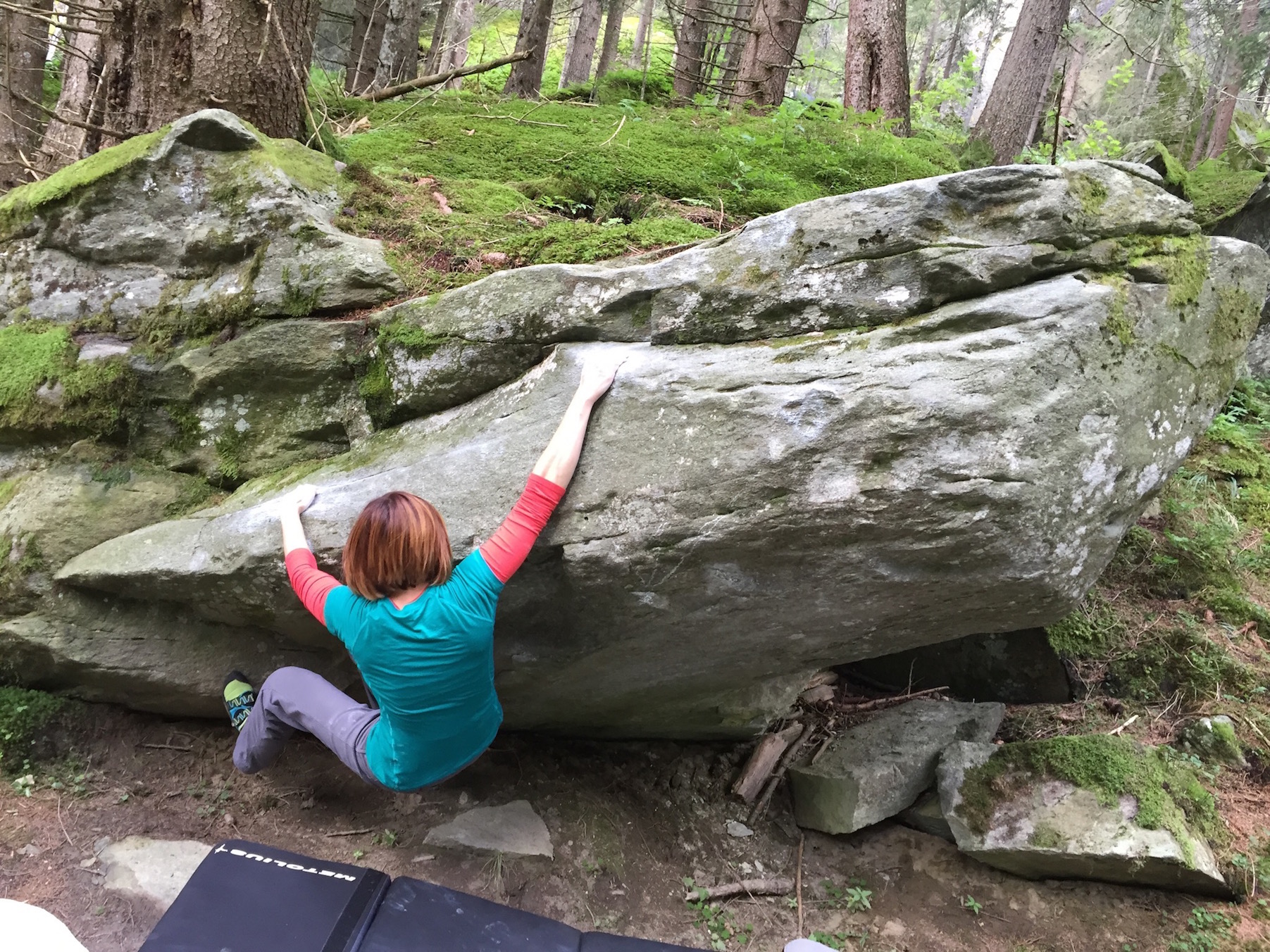 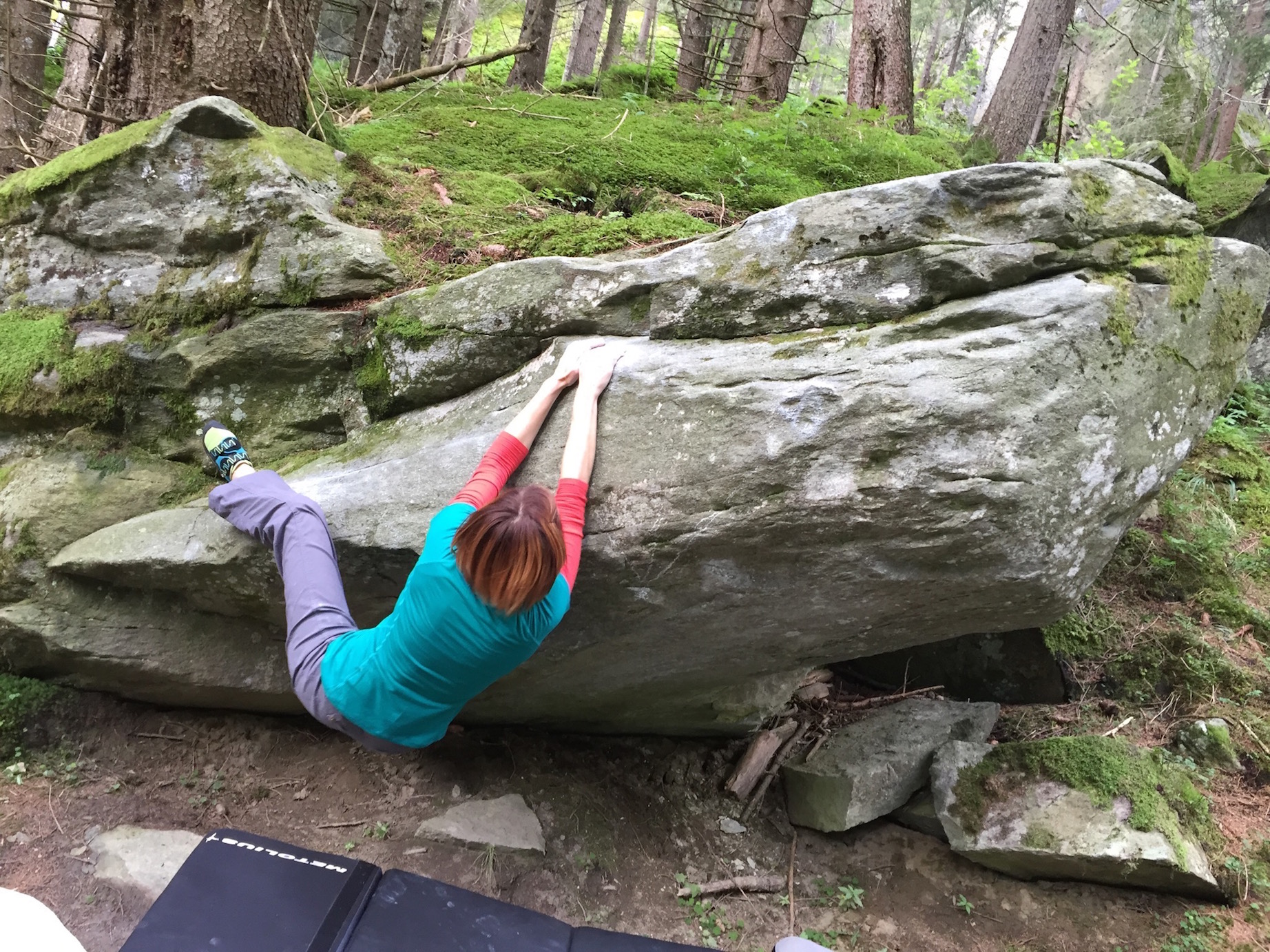 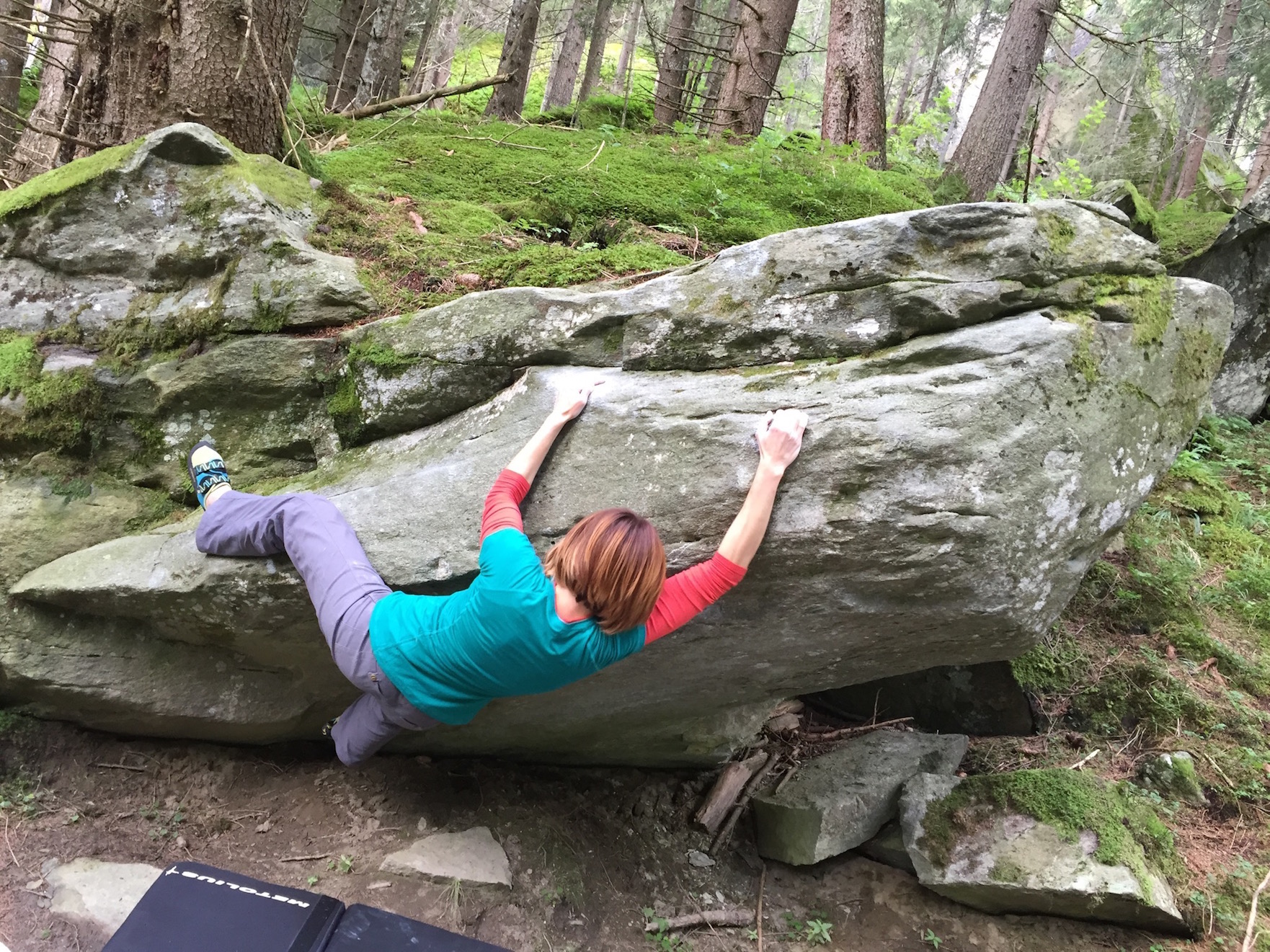 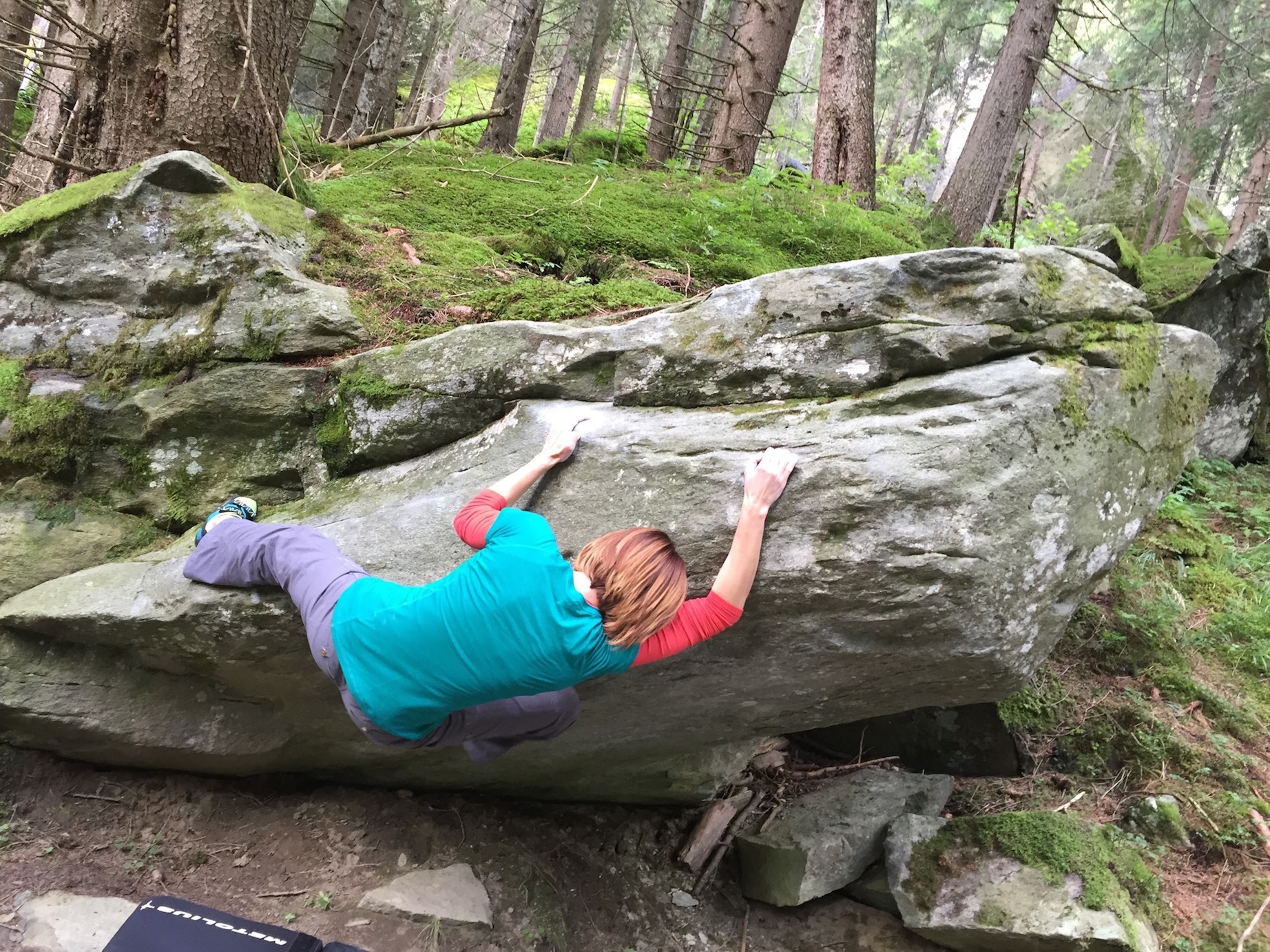 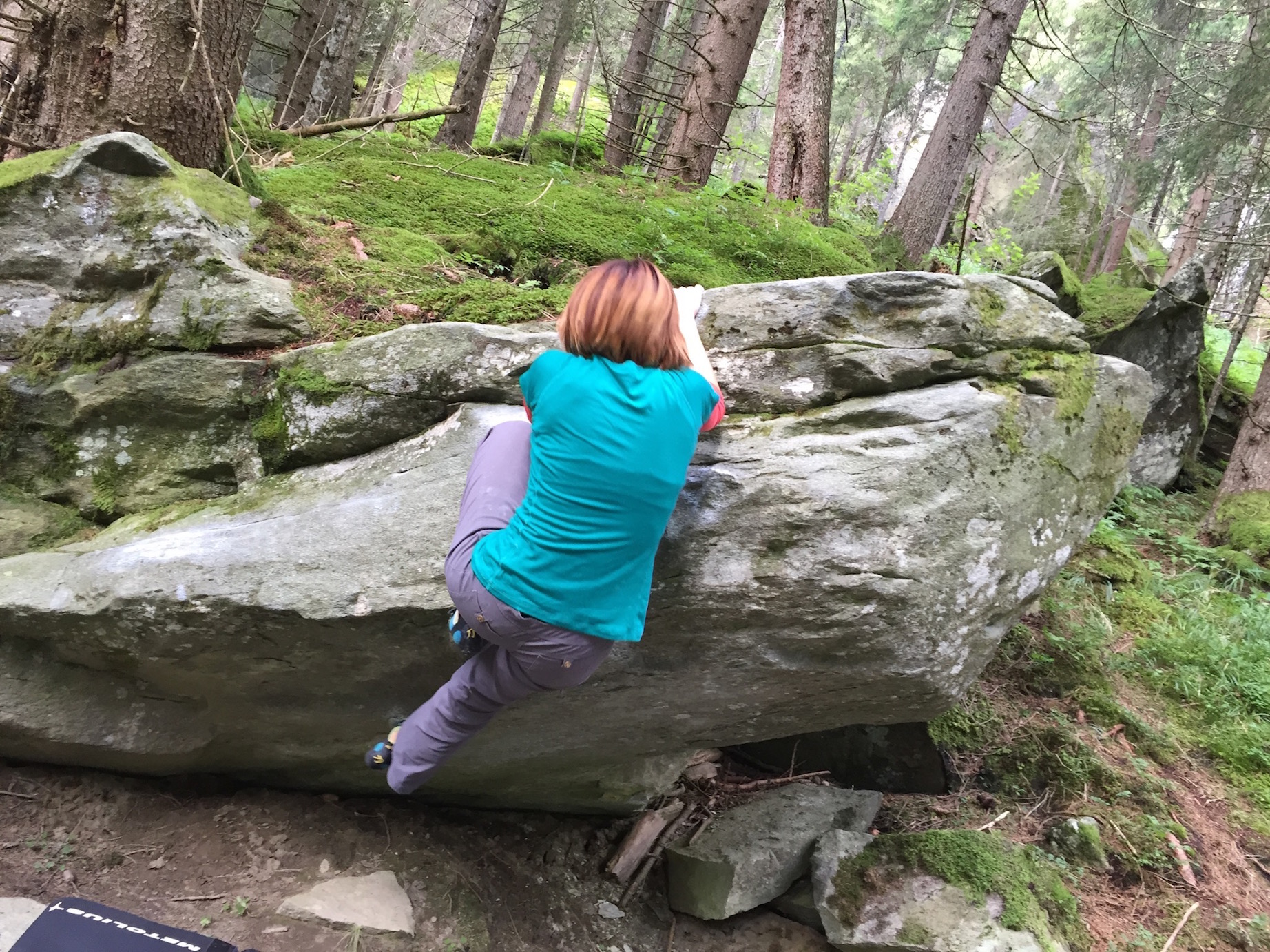 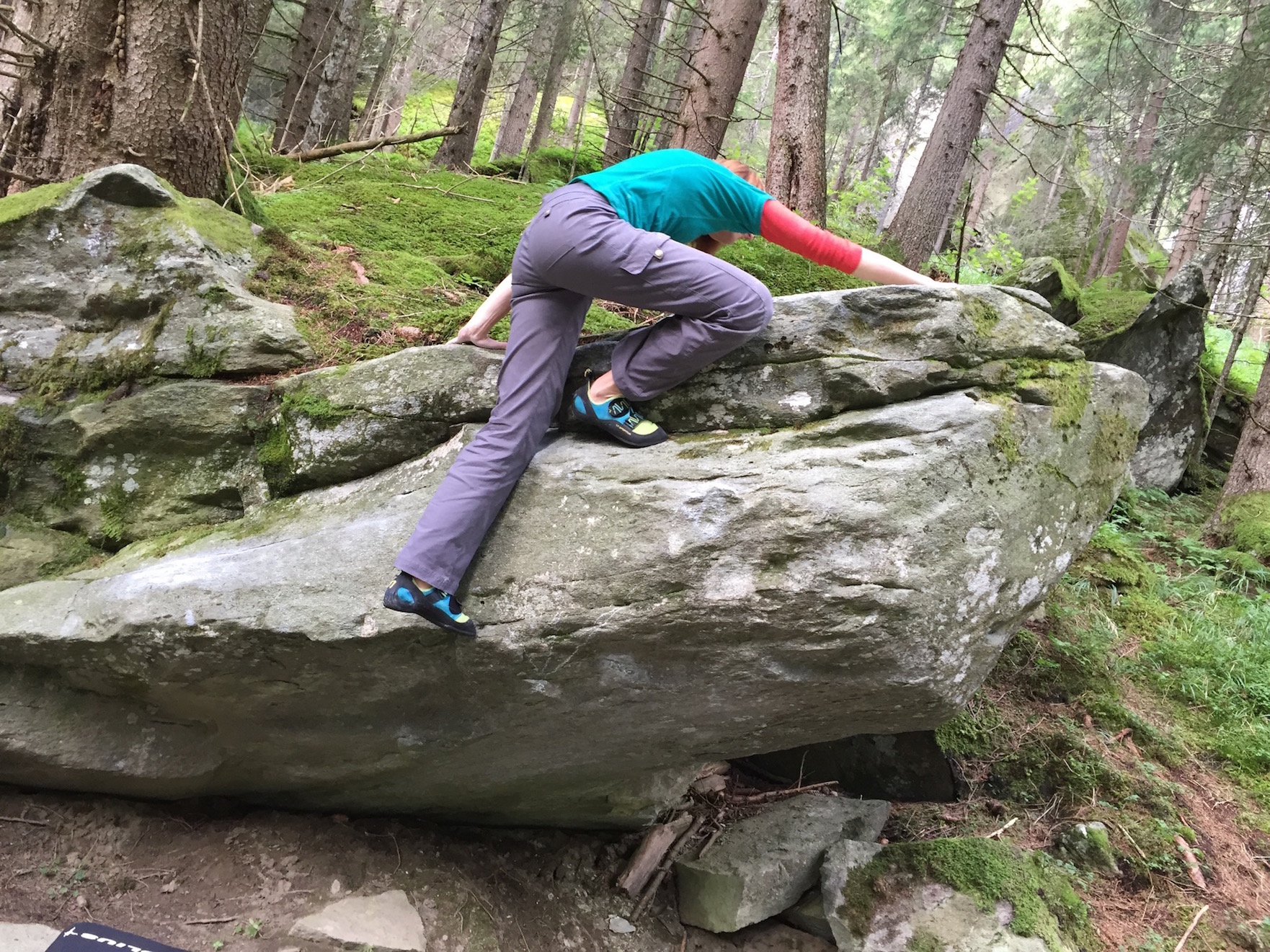 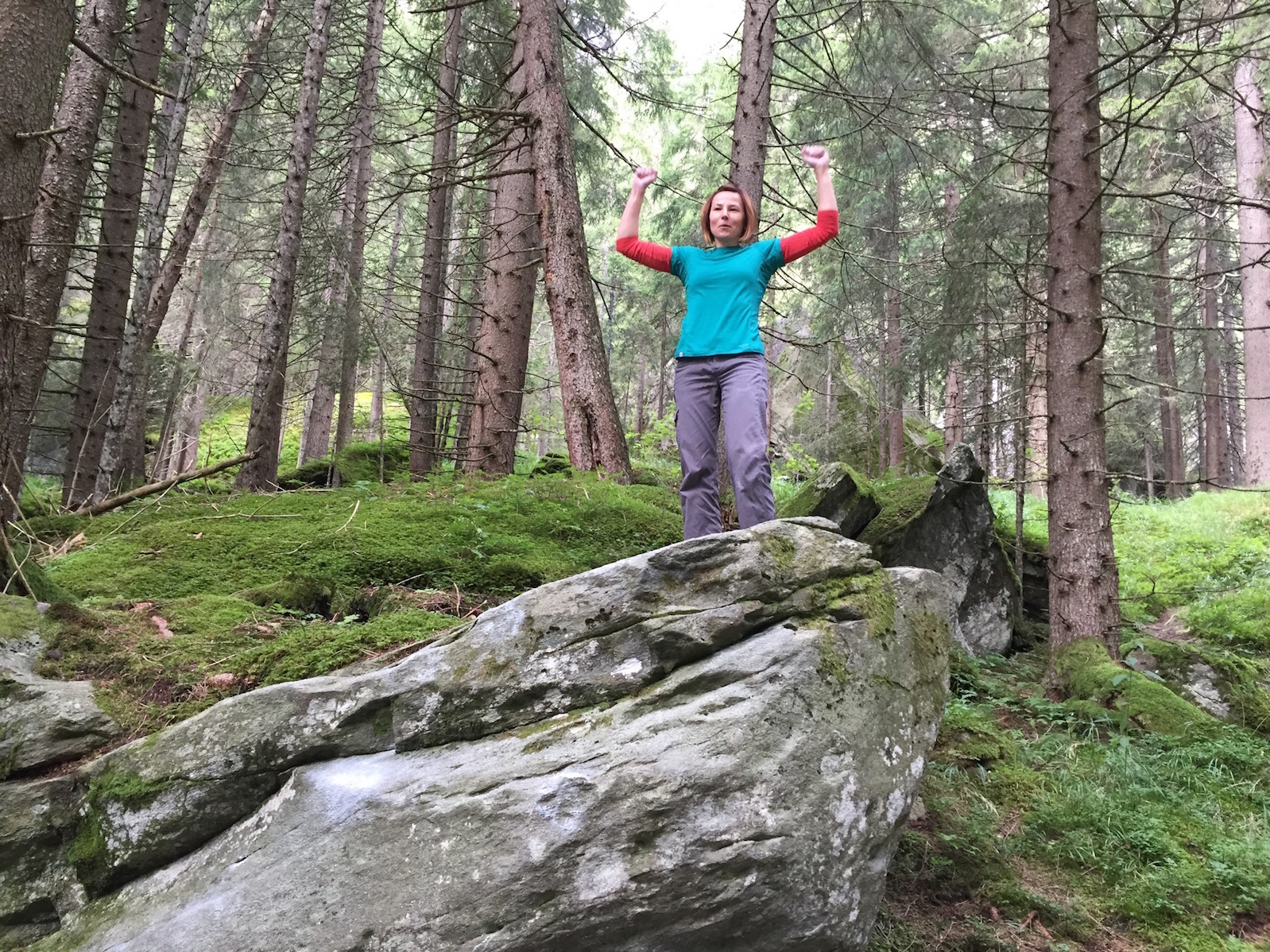 My personal view on wild mushrooms is best described by my reaction to a British Mycological Society beautifully illustrated pamphlet, where the authors unceremoniously brushed away the question of edibility of various wild

Bruges, Belgium So. This is it. We've done it. We're on tour in our camper van. The trip we've been planning for nigh on three years has finally arrived: 365 days of freedom