Luckily we have the Internet and VPNs. Now for most part, establishing a VPN tunnel to a server in another country (e.g. US), is trivial for a moderately tech-savvy user. As for for the rest, well, a little money thrown at this problem, usually resolves it satisfactorily. Money in this case, is specifically the cost of a VPN subscription and a compatible router.

We've being contracted by FlashRouters to create an extension to DD-WRT, a popular after-market router firmware, using a lesser known feature called MyPage.

This VPN provider independent extension makes it simple to connect to a number of OpenVPN providers, which has the added benefit of allowing the entire network behind the router to browse the Internet as if located in a different country. Problem solved then. 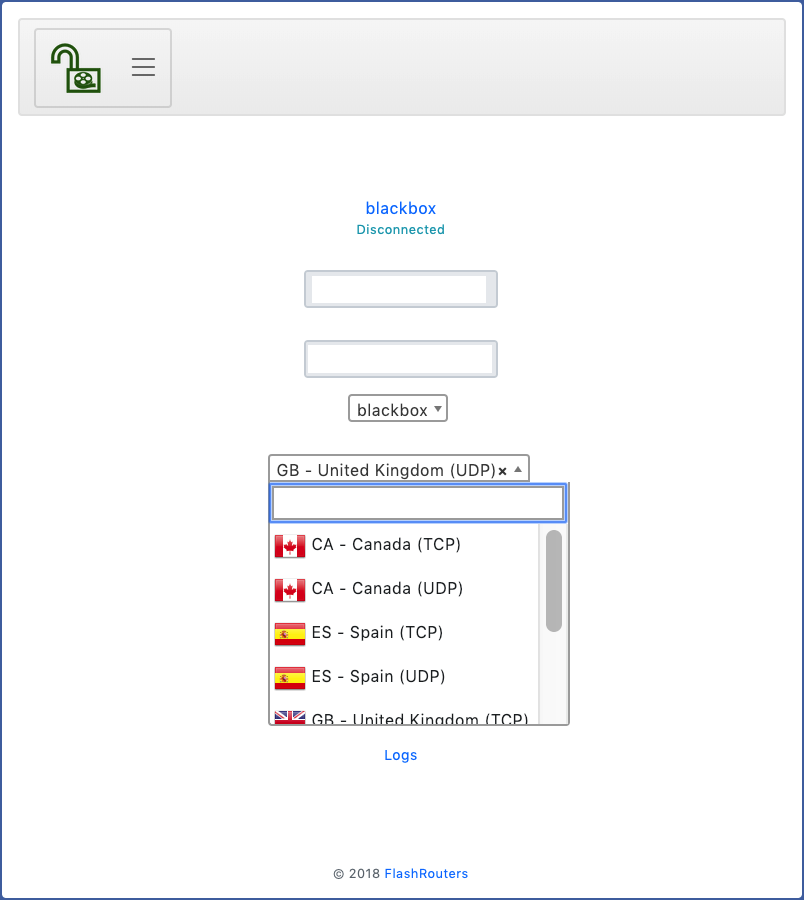 Once the app is installed on the router, the interface guides the user to connect to an existing VPN account or to create a new one with a provider of your choice. There is also a soon-to-be-released companion iOS app, which automates router discovery on the LAN and automatically installs the extension on the discovered device(s).

In more technical terms, the MyPage extension is essentially a simple interface to a BusyBox httpd daemon running on the router. In the most basic form it is a shell script with the path configured in the NVRAM. It is executed on a request to http://dd-wrt/MyPage.asp and outputs some HTML/JS to stdout, which is then rendered by the browser. Our extension, reads NVRAM and ships base64 encoded data to the JavaScript code served with the HTML, where it is decoded. The front-end is built around Bootstrap version 4 and uses AJAX to make HTTPS requests to the private AWS hosted API, which provides VPN profiles, servers lists, etc. The front-end also persists data back to NVRAM using the router's own cgi-bin gateway using AJAX POSTs. Our back-end shell script(s) manage OpenVPN client bundled with the router to bring-up and tear-down VPN connections. Our front-end can also read the VPN log files from the backend to signal status updates, etc.

Lastly, we are not the only ones working with MyPage functionality in DD-WRT. Astrill and PureVPN have also published their own implementations.

CloudFormation generic custom resource provider written in Python. Effectively a CFN to (boto3)API bridge with Lambda. Stop creating a new custom_resource.py for every feature CFN doesn't support and generalize it! 👊🤓